0
was successfully added to your cart.

At some stage in our lives, most of us will find ourselves with a complaint about unsatisfactory goods or services. Some people find it easy to complain. For those who don’t, we inform you of your rights and give tips on how to assert your rights as a consumer.

I bought a ticket to see my favourite band play as advertised at a music festival. The ticket was €81. However, on the day, this band didn’t appear. I want my money back – what are my rights?

The purpose of any advert is to give information about a product or service to the consumer. Under Irish law, adverts should be ‘legal, decent, honest and truthful’, but unfortunately, in the rush to make a sale, these qualities are sometimes forgotten. The Consumer Protection Act 2007 aims to prevent false or misleading indications about goods, services and prices given in the course of a business trade or profession. It covers claims made by manufacturers, distributors, wholesalers and retailers, as well as adverts, catalogues, tickets and so forth. If you bought your festival ticket on the basis that your favourite band would perform, with no warning that they might not, you may have been a victim of ‘false or misleading’ information, and may beentitled to redress. You should make a complaint to the Advertising Standards Authority for Ireland as well as the Competition and Consumer Protection Commission. If you receive no satisfaction, you may also consider taking a case to the Small Claims Court.

I bought a second-hand car privately through a small ad in the newspaper. The ad claimed the car was in perfect condition, but now, two weeks later, it has broken down. Can I claim a refund because the product was not as advertised?

When you buy a car from a dealer or a garage, you have certain consumer rights that protect you if the car is not of merchantable quality, not as advertised, or not fit for its purpose. Unfortunately, if you buy from an individual who isn’t in the trade, the transaction is not a contract between a business and a consumer, but a deal between two individuals. This means you have very little legal protection if the car turns out to be faulty, as the purchase falls outside the scope of consumer law. Your only right to redress in this case is if the car was sold with a defect that would endanger those driving it. For these reasons, if you buy a used car privately, never ever hand over payment until you are absolutely sure about the car’s condition, because you are very unlikely to have any comeback afterwards.

I recently bought a Playstation game on special offer: buy one get one free. However, when I opened the packaging, I found that both games were the same. The retailer refuses to exchange one of the games, although it hasn’t been opened. What are my rights?

Under the Consumer Protection Act it is an offence for retailers to make false or misleading claims about goods or prices. You have the right, when buying goods, to expect that they will be as described and not subject to false claims. If the goods do not comply with the right criteria, you may be entitled to a repair, replacement or refund. In this case your rights depend very much on the wording of the advert, which will determine whether the retailer did in fact offer a different second game or not. If not, and if the second game is not faulty, you may not be entitled to remedy. 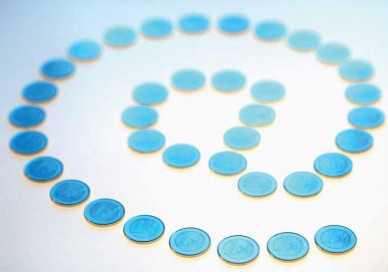 The Consumers’ Association of Ireland is an independent, non-profit, non-governmental organisation, registered with charitable status and working on behalf of Irish consumers.

Can #standards help providers & developers respect the privacy & security of #consumers? We are contributing to European & International standards on privacy by design and by default that will support legislation and policy https://bit.ly/37xt4GB #dataprotection #dataprivacyday