0
was successfully added to your cart.

Our CEO reported in the course of a Morning Ireland interview that there were some 3000 + complaints advised to the CAI with regard to Ulster Bank problems & difficulties.

The comment referring specifically to the CAI, in context of our telephone outage, was that most of the CAI complaints were through emailed comment.

However, not referred to were all sources of CAI complaints. The Association has, of necessity and through it’s Chairman and CEO , over years forged a large network of contacts and interaction with consumers and their representatives as well as reliable media, and industry sources that we canvassed and who relayed the level, estimates and area of complaints they were receiving and which the CAI undertook to highlight and act upon. This we are now committing to taking further.

What is of concern to the CAI is that third parties have sought to denigrate the extreme difficulties of consumers of the service of Ulster Bank by suggesting the level of complaint was overstated by the CAI. It was not. It is clear that many consumers affected by the system failure are not direct customers of Ulster Bank but are nonetheless impacted. We are now concerned that the figures are higher than countenanced. In addition, we now have very real concerns that the realities and compensatable faults and responsibilities of the bank, as well as the lack of Central Bank activity, are being actively and maliciously diminished in value by third parties.

Therefore, by way of independently and actively determining that this cannot happen the CAI is today requesting that all consumers, whether they be customers of Ulster Bank or otherwise, advise:

in order that the Association can compile a comprehensive file for presentation to the Department of Finance, the Central Bank, the National Consumer Agency, the Irish Bankers Federation and the Ulster Bank and in order that full transparent and definitive understanding of the losses and response to those losses can be determined for further consideration and, where deemed necessary, further action.

We will also upload a template on our website www.thecai.ie through which consumers can simply provide the basic information and, should they wish, make additional relevant comments.

The Consumers’ Association of Ireland will guarantee anonymity and that we will respect the requirements and rights of consumers under data protection requirements.

This will be the first ‘class action’ type initiative undertaken that will, we hope, offer future opportunities for a Group Action procedure to be established in Ireland.

The Consumers’ Association of Ireland will meet with the Ulster Bank at the earliest opportunity to explore how we can assist in bringing this difficult situation to a positive conclusion on behalf of all banking customers affected. 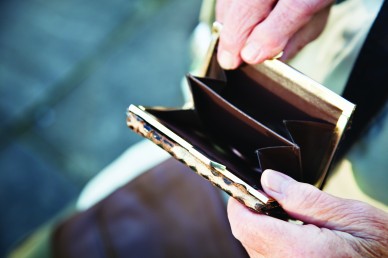 DONATE TO THE CAI

The Consumers’ Association of Ireland is an independent, non-profit, non-governmental organisation, registered with charitable status and working on behalf of Irish consumers.